Posted on September 8, 2018 by Ashik in DXing, Quiz | Comments Off on Brazil National Museum and RFI Sound Kitchen

It is a shocking news that the National Museum of Brazil destroyed by fire.  Brazil National Museum was one of the largest museum in the Americans. Radio France International covered this news very well. RFI Sound kitchen 08 September quiz is the same.

2 September 2018 a fire broke out in Rio de Janeiro, Brazil. A house with 20 million of items destroyed. National Museum of Brazil was 200 years old. It had no of fossils, Brazil’s largest meteorite, dinosaur bones and a 12,000 year old skeleton burnt. This 12,000-year-old skeleton of a woman the oldest ever discovered in the Americas. The building was also home to items covering the centuries from the arrival of the Portuguese in the 1500’s to the declaration of a republic in 1889. 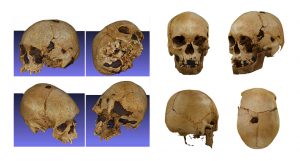 Luzia was an Upper Paleolithic period skeleton. It was a Paleo-Indian woman who was found in a cave in Brazil. Her name pays homage to the famous African fossil “Lucy”. This 12,000-year-old skeleton was found in Lapa Vermelha, Brazil, in 1975.