Final Quiz 2017 KBS World English has been launched today October 01, 2017. This is the 4th Quarter quiz of KBS World Radio, English Service. As usual this is a quiz of two question, which will end on December 31, 2017.

The Korean Armistice Agreement signed in 1953. The location where this occurred continues to remind people of the tragedy of a country’s separation and a war between compatriots. Where was the armistice signed? 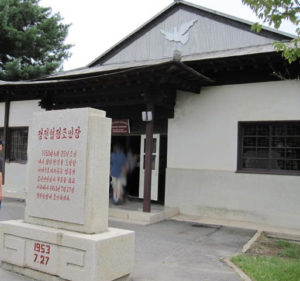 Panmunjom is a village just north of the de facto border between North and South Korea. The Korean Armistice Agreement signed here in the year 1953.

Visit KBS World Radio and fill the quiz form to be a winner. You may send your answer through post or by Email.