How do you Know about Paula Chao of RTI?

Posted on December 8, 2017 by Ashik in Dairy, DXing, Radio World | Comments Off on How do you Know about Paula Chao of RTI?

Ms Paula Chao, is a name of radio personal. She is the coordinator of English Service of Radio Taiwan International. Before joining Radio Taiwan International, she worked six years for Voice of Free China. Paula Chao graduated in history from Tamkang University. From the University of California, she received her MA degree in Comparative Education and Social Science.

Now she is hosting Chinese Culture 101 and Here in Taiwan (Friday and Monday edition). Paula Chao also hosted the program Reflections (a popular show with questions, I one of those lucky listeners who able to win a prize from that show). Another favorite feature “Food, Poetry and others” was also presented by her. Once she was also the part of “Let’s Learn Chinese” and the most famous show “Mailbag Time”.

20 Question is a game for Taiwan Children and many of them played it. In the year 1999-2000, Radio Taiwan International used it to introduced the program hosts of RTI. It is also used for Voice of Asia for the similar purposes.

Taipei Wave , the once regular publication of RTI introduced the hosts of English Service. January-April edition of 2000 published the 20 Questions of Paula Chao. I would like to share it with you all through this article.

Q01: What is you Chinese Name?
Ans: Pao-hsuan Chao.

Q02: How did you get this name and what does it mean?
Ans: Chosen by my father. My first name includes two Chinese characters. “Pao” refers to the imperial canopy and “Hsuan” stands for maternal love or motherhood.

Q03: Where were you born?
Ans: Taipei, Taiwan

Q05: What animal year were you born in according to the Chinese zodiac?
Ans: Luckily, in the year of the pig.

Q06: What languages do you speak?
Ans: Chinese and some English. (Taipei wave editor’s note: Paula is being very modest). 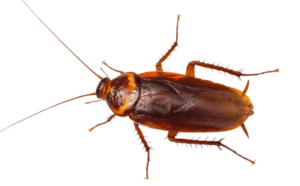 Ans: Probably Taipei, since my seldom leave the town.

Q09: What do you like least/most about leaving in Taipei?
Ans: Cockroaches/its convenience.

Q10: How do you spend your free time?
Ans: Reading.

Q12: What are you currently reading?
Ans: Thrillers written by British novelist.

Q13: What are yu wearing on your feet as you fill out this survey?
Ans: Sandles.

Q14: What other countries have you lived in other than Taiwan?
Ans: US.

Q15: What do you miss most about life abroad?
Ans: Frozen yogurt with lots of toppings.

Q16: Can you tell us about your memories of the 9-21 earthquake?
Ans: A most shocking experience.

Q17: What’s your favorite Taipei sound?
Ans: Talking and laughing of children who walk past my mom’s house every morning.

Q19: If you could be any fruit or vegetable what would you be?
ANS: Guava – sturdy and healthy.

Q20: What is written on page 357 in your memories?
Ans: Paula is an ordinary person, but she is the heroine of her own story.