Pirate Radio – Radio City: The Station of the Car

Posted on June 5, 2017 by Ashik in DXing, Radio World | Comments Off on Pirate Radio – Radio City: The Station of the Car

Pirate Radio – Radio City is not alike another oldie station. Radio City will not play all those predictable tunes, listeners normally find on oldie stations. In Fact it is an oldie based station playing a variety of Lesser Hits, Non-Hits, Album Tracks, Odd Instrumental Tracks and Hits from the US and down under not normally heard on Europeans airwaves.

Radio City is the station of the cars. All programs reflect this in the choice of songs. You will also find that its programs are made to a high standard and tightly formatted.

Radio City went on the air February 1992 with a home brew transmitter. That transmitter made a lot of problem, which had to rely on relays. To overcome those problems Radio City have to build a new tower using Folded Dipole antenna on 76 and 41 meters. Over the years the studio has seen many upgrades. They are using top grade mikes, mixers, record decks, CD and MD players along with some other equipment. Radio City has 30+ years of experience in programming and has an extensive record library with several thousand titles. Still they have faced some technical problems. Therefore they have to introduce relays. 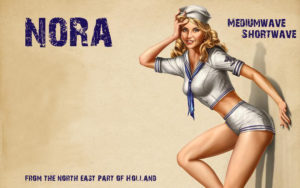 From September 2005 to December 2008, Radio City used 100 KW relay al Ulbroka, Latvia. From This relay station Radio City aired on 9290 kHz through-out the world. Since September 2007, programs are also repeated on MW 945 kHz with 2.7 KW through the facility of Radio Nord.  Radio City then forced to break transmission due to the financial problem as it was not an commercial station.  Radio City back again on air in autumn 2009.

In the year 2009 Radio City used 20 – 150 KW relays of Nexus from Slovakia on every third Saturday of the month. The program runs between 1000 and 1100 Central European Time on 9510 kHz with a good reception all over the Europe.