Are you ready to test your knowledge on things of Prague? Radio Prague July 2017 Quiz disclosed for you. This Time Radio Prague selects their prestigious International Film Festival.

If you decide to test your knowledge over this film festival, just send the right answer of the following question. Please note you have to send it before the end of July 2017. 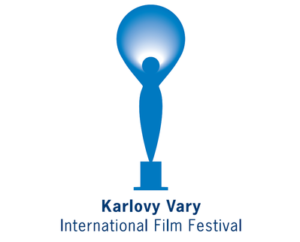 Karlovy Vary is a spa town situated in western Bohemia, Czech Republic. It is approximately 130 km (81 mi) west of Prague (Praha). The city Karlovy Vary founded in 1370. The city is historically famous for its hot springs (13 main springs, about 300 smaller springs, and the warm-water Teplá River). It is the most visited spa town in the Czech Republic.

Karlovy Vary became a popular tourist destination since the 19th century. The city is famous for the Karlovy Vary International Film Festival. This is one of the oldest film festival in the world. It is also known for the popular Czech liqueur Becherovka. The famous glass manufacturer Moser Glass is located in Karlovy Vary.

Every year, the festival presents some 200 films from around the world, and regularly hosts famous and important filmmakers. The Karlovy Vary festival is intended for both film professionals and the general public. This festival offers visitors a carefully designed program, excellent facilities and a broad range of other services.

The first year of one of the world’s oldest film festivals was in 1946 in Mariánské Lázně. The festival moved to Karlovy Vary in 1947, and the following year the festival became competitive awarding its first Crystal Globe. In 1956, the International Federation of Film Producers Associations (FIAPF) officially designated Karlovy Vary a category A festival.

The Karlovy Vary festival spent 40 years operating under political pressures in socialist Czechoslovakia. In 1994, a new team headed by well-known Czech actor Jiří Bartoška and leading film journalist Eva Zaoralová took over the festival’s organization and decided to reshape the stagnating festival into an film forum deserving of international attention. In just a few years, the new programming and organizational approach implemented by Bartoška and Zaoralová helped the festival regain its previous level of prestige and win back the interest of film professionals and the general public.

An international film festival takes place in the Czech Republic at this time of year. What is the name of the city that hosts it?

Send your Answer and be a Lucky Winner!!!