As like each month, Radio Prague announced their monthly quiz. Radio Prague May 2018 Monthly quiz is on the history of Radio Czechoslovakia. Test your knowledge and get a Radio Praha gift. To take part in this contest you have to send a simple question. Every month six lucky winner received the prize.

Czechoslovak Radio aired its first broadcast 95 years ago. How long was the first transmission and where was it broadcast from? 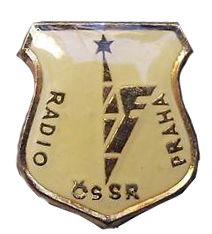 Believe it or not, Radio in Czechoslovakia started from October 28, 1919. Just 24 years later than Guglielmo Marconi’s first successful long-distance transmission and reception of radio signals. After the First World War, radio Begun in Czechoslovakia from the telegraph station at Prague’s Petrin lookout tower. It was broadcast on the first anniversary of the establishment of independent Czechoslovakia.

Czechoslovakia is still talking today from Czech and Slovakia, but not in Radio Wave, only on digital technology. 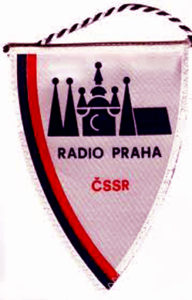 1923, May 18: First regular broadcasting begun from a military tent in Prague-Kbely on long wave. Czechoslovakia was the second European country after the UK, who has regular radio broadcasting.

1924:
January: English and Esperanto service started their journey for the listeners abroad.
May: Rozhlas, the Czech equivalent of Broadcasting tagged with its name.
December: Radiojournal moved from the tent to a building owned by the post office at Foch Street (today’s Vinohradska Street) in the center of Prague.

1925, Radiojournal broadcast the first live transmission of a concert of the Czech Philharmonic. I also started broadcasting for the German, Hungarian and Ruthenian minorities. the state gained a majority share in Radiojournal via the Ministry of Post and Telegraphs because the subscription fees failed to cover the costs.

1930 was a “golden era” for pre-war radio. The subscription was growing constantly and reaches one million in 1937. The station also offered short programs in Esperanto, English and German intended for listeners abroad.

1933: AT the end of this year, the stations owned new headquarter in 12 Foch Street (today’s Vinohradska Street). Still it is there.

1948: After the communist takeover in this year, Czechoslovak Radio was nationalized.

1990: Czechoslovak Radio became a member of the European Broadcasting Union.