Radio Free Asia going to a 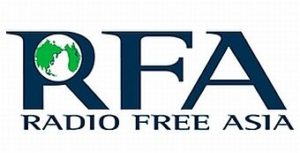 ll digital: RFA Vietnamese going to be a All Digital Broadcasting from this June.  To concentrate more on reporting news and Vietnam Online RFA saying Goodbye to Radio.

Over the decades Radio Free Asia (RFA) Vietnamese service primarily heard on Radio, specially on Shortwave. With this recent up gradation of RFA, listeners who depends only on SW have to switched digital from their traditional Radio listening. Though Vietnamese service of RFA leaving radio, still thy will continue their news coverage.

Listeners now continue to heard and seen all the news and information from RFA Vietnam Online.  It also available on Facebook and Youtube.

Until 15 June 2018, Vietnamese service of RFA can be heard on SW. Schedule are as follows: