Posted on July 3, 2020 by Ashik in DXing, Radio World | Comments Off on Azerbaijan : first steps toward DAB+ 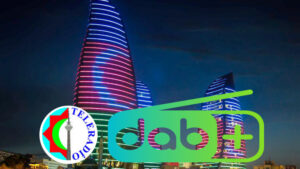 To Support The European Electronic Communications Code (EECC) requiring all new cars sold to include digital radio from December 2020, Azerbaijan takes first steps toward DAB+ deployment. EECC is having reverberations well beyond the EU, as evidenced most recently by the growing interest among the network operator and broadcasters in Azerbaijan. In Azerbaijan broadcast radio is the predominant source of information and entertainment in the car.

The Swiss Government has taken the decision to facilitate the transition from FM to DAB+.  The Federal Council of 25 October 2017, shows, “ Switzerland 2025: No FM only DAB + “.

END_OF_DOCUMENT_TOKEN_TO_BE_REPLACED

Posted on October 12, 2017 by Ashik in Dairy, DXing, Radio World | Comments Off on 5G radio broadcasts : What is the future?

5G radio broadcasts : What is the future? Interesting article that I found in WorldDAB Eureka. Is it Mobile network will be more expensive for internet radio? Or it is a propaganda from the DAB Group. Let’s read the feature to discover more on 5G the future for radio.

END_OF_DOCUMENT_TOKEN_TO_BE_REPLACED

Posted on August 18, 2017 by Ashik in DXing, Radio World | Comments Off on DAB Workshop at Amman Jordan

Jordan Radio and Television Corporation (JRTV) and the Telecommunications Regulatory Commission of Jordan (TRC) going to host a two-day DAB Workshop at Amman Jordan, jointly with WorldDAB and Arab States Broadcasting Union (ASBU) from 23 to 24 August 2017.

The workshop will showcase the DAB+ standard, look at DAB+ features and efficiency improvements compared to analogue FM broadcasting and will focus also on policy, regulation and system planning.

END_OF_DOCUMENT_TOKEN_TO_BE_REPLACED

Posted on August 16, 2017 by Ashik in DXing, Radio World | Comments Off on How to get Good Reception in DAB

The DAB standard was initiated as a European research project in the 1980s. The Norwegian Broadcasting Corporation (NRK) launched the first DAB channel in the world on 1 June 1995 (NRK Klassisk), and the BBC and Swedish Radio (SR) launched their first DAB digital radio broadcasts in September 1995. DAB receivers have been available in many countries since the end of the 1990s.

To get a good reception of DAB follow the following three rules.   END_OF_DOCUMENT_TOKEN_TO_BE_REPLACED