Here some Information of Radio Sweden from Studio 5 Live: 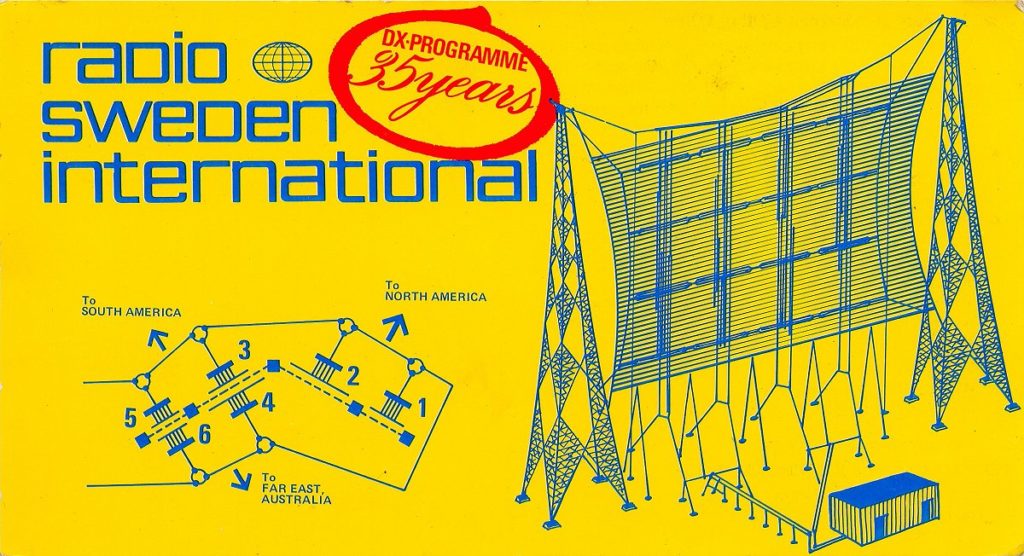 Ever since 1938 Radio Sweden International has served as an important link between Sweden and the rest of the world. On Wednesday, September 3 we’ll be celebrating Radio Sweden’s 70th birthday with special broadcasts, a panel discussion, and live-music.

First English broadcast of the day, at 12:30 hrs UTC, will be a live program from Studio 5 at Broadcasting House in Stockholm. Radio Sweden International will be taking a look back at some of the major stories we’ve covered over the years, and talking with many guests, including some well-known Radio Sweden voices from the past.  That will be followed by a special panel debate in Swedish with a number of cultural and media personalities.  The 14:00 hrs UTC Swedish broadcast will also be live from Studio 5.  A special web broadcast will carry the entire special program (from 12:30 to 16:30 hours UTC) live. So don’t fail to join us to celebrate Radio Sweden’s 70th, Live from Studio Five.

Sweden Calling DXer’s, one of the most popular program of Radio Sweden International discontinued from the year 2001. But it remains in a somewhat sporadic form on the Radio Sweden website.  And from 20 October 2010, Radio Sweden ceased broadcasts on shortwave and medium wave, as Swedish Radio’s management decided that the Internet had matured enough to support international broadcasts.  On the other hand, national broadcasts of English Service extended on FM. But they  discontinued their weekends program. Services in English also continue on satellite, both using Swedish Television’s satellite and the World Radio Network.