Posted on January 28, 2018 by Ashik in DXing, Quiz | Comments Off on Top French chef and RFI Sound Kitchen

Weekly mailbag bag show of Radio France International is the Sound Kitchen. Last week of January 2018 dish was on Top French chef who died on 20 January 2018. 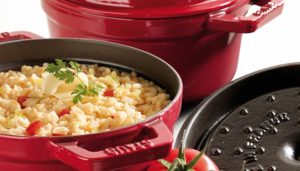 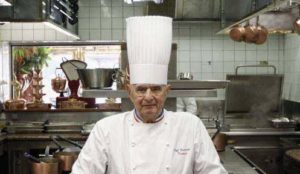 More than 1,500 chefs and fans of French cuisine were in Lyon on Friday to honor their ““pope of French cuisine”. Paul Bocuse, a highly celebrated French chef died last Saturday aged 91. The pioneering chef, died in the town of Collonges-au-Mont-d’. Here he was born and ran his main luxury restaurant of three Michelin stars. French President Emmanuel Macron paid tribute, describing him as the “incarnation of French cuisine”.

Born into a family of cooks that dates to the 1700s, Bocuse presided over the kitchen of his world-famous red and green restaurant, L’Auberge du Pont de Collonges, and often greeted guests even in retirement. His renowned dining spot, which features a painting of the master chef himself on a wall.

For the question of January 27, 2018, you have to visit RFI Sound Kitchen. This article helps you to find out the correct answer. Be sure to recheck the answer, as we don’t call our’s one is right.

Don’t forget to write your name and address, with you RFI ID (if you any).