Radio Prague : Hit of the Century

Posted on April 1, 2018 by Ashik in DXing, Quiz | Comments Off on Radio Prague : Hit of the Century

Radio Prague started new series of Song called Hit of the Century . Listeners will get closely acquainted with hit songs across 100 years of Czechoslovakia’s and the Czech Republic’s existence – one song for every year since the country was founded. 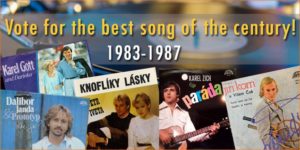 Hit of the Century : Picture from Radio Prague web

Hit of the Century 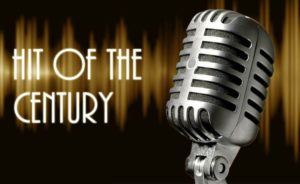 The year 2018 marks the centenary of the establishment of the independent Czechoslovak Republic. It was a period of great historical cataclysm, breakthroughs and economic changes. However, over the past decades the Czechs, or the Czechoslovak, have also had fun dancing, singing and enjoying entertainment. All of them will recall in the broadcasts.  To make it fun for the listeners, viewers, followers and the supporters of Radio Prague, Radio Cz comes with a poll.

Each weekday, on Radio Prague’s website and in their broadcast, they will gradually introduce a total of one hundred songs. All of them are to make a mark in the history of Czechoslovakia and the Czech Republic. In the weekend music specials will offer  a summary of the songs played that week and vote for the best one

Each Sunday, participants will be able to vote in this new series “Hit of the Century”. This series covering 100 years of music in Czechoslovakia and the Czech Republic.

Before participating the contest please read the following rules:

How to take part in this contest

Visit the following link to take part in this contest. Ten participants will receive CDs of the most successful songs recorded in a new musical arrangement on the occasion of the 100th anniversary of the founding of Czechoslovakia in October of 1918.

Take Part with the link: Radio Prague Hits of the Century Contest